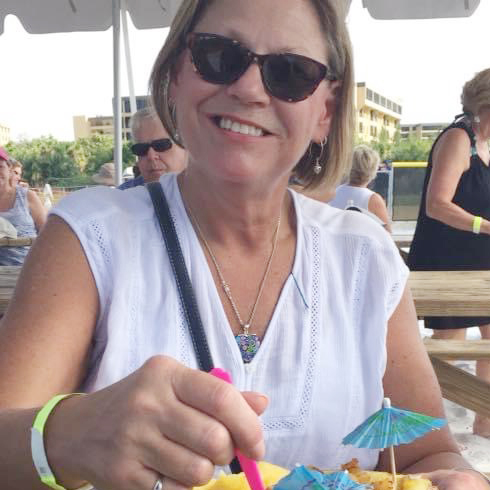 Diane Mary (Mitchell) Anderson of Collinsville, 60, passed away on Tuesday, April 26, 2022 at her Collinsville home.

She was born on March 20, 1962 in Lincoln, Nebraska, the daughter of Donald Mitchell and the late Rosalie (Abele) Mitchell.

She married Todd Anderson on Nov. 8, 1985 at St. Raphael the Archangel Parish in St. Louis.

Diane graduated from St. Elizabeth’s Academy of St. Louis in 1980 and pursued a nursing degree at Lutheran School of Nursing of St. Louis where she had a smashing time with lifelong friends Cathy, Babette, Carol, and Ken. It was there where she met her husband, Todd, who was attending school at STLCOP. Diane was a NICU nurse at Children’s Hospital in St. Louis for over 20 years. Her compassion to her patients and co-workers showed her dedication to the job and her Christ-centered spirit. Diane often demonstrated her love through cooking delicious meals for her family and friends. Some of her favorite pastimes was yearly attendance to the Muny with her daughter and friends, hanging by the pool at her Florida condo, chasing her twin grandchildren and her dog, Horton, around her home.

Diane was also a longtime member of Good Shepherd Lutheran Church in Collinsville.

A celebration of life will be held at a later date.

Diane was a breast cancer survivor and had been in remission for the last nine years. In lieu of flowers, donations can be made in her honor to the Susan G. Komen breast cancer foundation where they continue the fight to cure breast cancer.

Williamson Funeral Home, Staunton, is in charge of arrangements.

You may go to williamsonfh.com to leave online condolences.