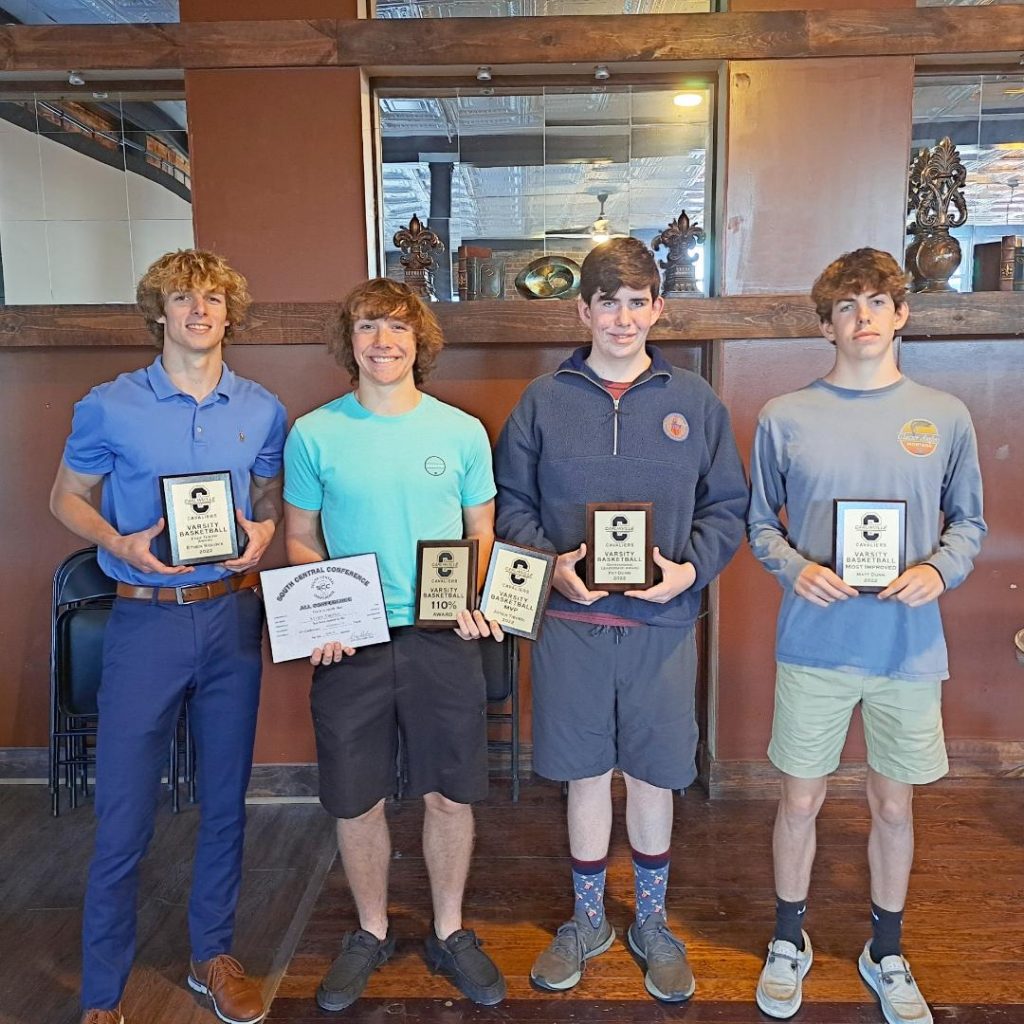 The 2022 ‘end of season’ dinner for the Carlinville High School boys’ basketball team was held May 1 at Reno’s Pizza in Carlinville.

Coach Dave Suits thanked parents and volunteers for their dedication to the program as well as the seniors for everything they brought to the court this season and over the course of their playing careers.

Suits also talked about the team’s overall grade point average, which he said was an ‘outstanding’ 3.4.