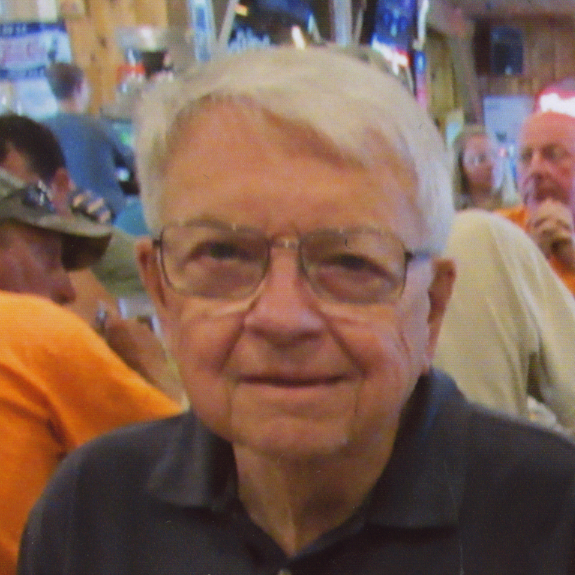 Norman was born in 1934, in Carlinville. In his early years he was raised by his mother, Imogene Thorpe and grandmother, Carrie Hayes.

He graduated with the Class of 1952 at Carlinville High School.

He attended the University of Illinois on an ROTC scholarship, and in 1956 received a bachelor of arts degree in economics with a minor in international affairs. In 1958 he graduated from the University of Illinois Law School and received a juris doctor (doctor of laws) degree. In 1967 he received a master of laws degree in international law from The George Washington University. Norm also attended The Hague Academy of International Law, Netherlands; Air Force Procurement School at Wright-Patterson Air Force Base; and the Northwestern University Law School course for prosecuting attorneys.

Following law school, Norm was commissioned in the US Air Force in 1956. First at Pepperell Air Force Base, Newfoundland, and later at Stewart Air Force Base, N.Y. This was the beginning of an incredible 30-year military career. From 1964 to 1966 he served in Ankara, Turkey where he met his beloved Elaine Pritzman. Though both Norm and Elaine were from Illinois, they met in Turkey where Elaine was stationed as a teacher for the Department of Defense Schools. From 1969-72, he was detailed to the Department of State to serve as legal adviser for the U.S. Ambassador in Manila, Philippines. It was here that Sarah and Andrew Steven were born.

From 1972-76 Norm served as the chief of the Air Force’s International Law Division, based in Washington D.C. Daughter Carrie joined the family on this assignment. From D.C. Norm, then a Colonel, and family moved to McGuire AFB and on to Ramstein AFB, Germany. Now Brigadier General Norman Thorpe was the USAF Europe Staff Judge Advocate General where his duties included, among other things, supervising military justice and other legal matters at 39 legal offices in 11 countries throughout Europe and exercising major responsibilities for the protection of U.S. service members under foreign criminal charges. Norm’s final USAF assignment was at Wright-Patterson AFB near Dayton, Ohio. He was the commander of the Air Force Contract Law Center and the staff judge advocate, Air Force Logistics Command.

Norm retired from the USAF in 1988. Norm served as a senior member of the GM Legal Staff for 18 years. During this time, he was active in the American Bar Associations International Law and Public Contracts Groups, serving as section chief for the latter. Norm’s passion and skill for international law took him to Prague where he helped to found the Central and Eastern European Law Institute or CEELI, immediately following the collapse of the Soviet Union. Norm represented the US State Department International Law Division while sitting on the Board at CEELI. At the CEELI Institute, he taught lawyers, judges, and high court justices from former eastern bloc countries how to practice law in a constitutional democracy. He, also, assisted these fledgling democracies in drafting their own new constitutions.

Following his retirement from GM he worked on the legal team at USCAR, a consortium of the Big Three, working on hydrogen fuel cell technology. Additionally, USCAR created a safe and legal environment for US automakers to work together to address the increasing demands of ever changing environmental legislation.

Norm was an accomplished musician, playing clarinet in the Fighting Illini Marching Band, a concert pianist, and sang in choirs for years.

He was preceded in death by wife, Elaine Pritzman Thorpe and son Andrew Steven.

Those who wish to honor the memory of Brigadier General Norman Ralph Thorpe (USAF Ret) may do so by making a contribution to Democracy Fund, 1200 17th Street NW Suite 300, Washington, DC 20036.

The funeral was held at IRA Kaufman Chapel on Sunday, Jan. 30, 2022 with Rabbi Alicia Harris officiating.

Interment was at Oakview Cemetery, in Michigan.