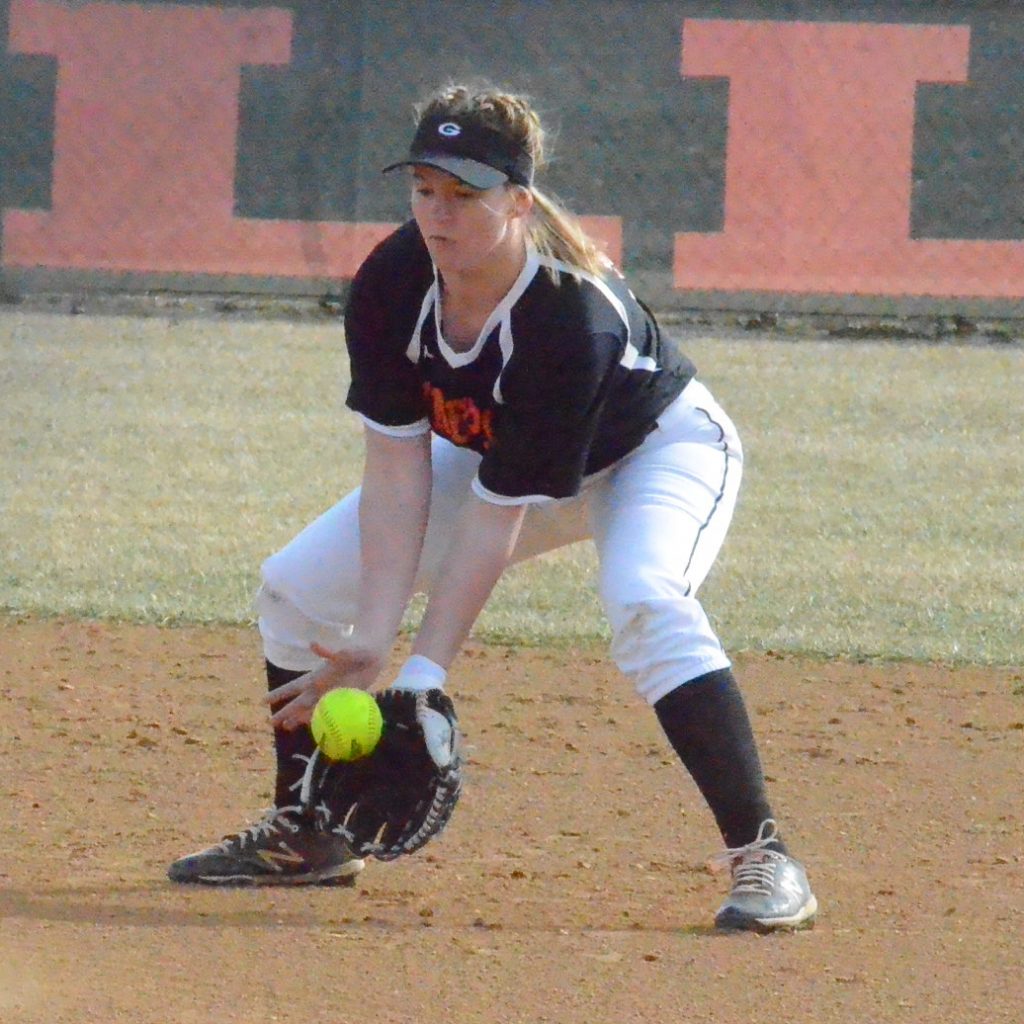 Only one softball team could keep a lengthy win streak alive at Ben-Gil Elementary School Apr. 22.

That team was the Gillespie Miners.

The Miners remain without a loss since Apr. 2.

This was the first time the Cavaliers had been defeated since Opening Day – Mar. 17. Carlinville had a string of eight wins snapped.

It was uncommon for Emma Gipson to issue three walks in a single game, but the sophomore phenom still kept Carlinville off the scoreboard until the last inning. Gipson ended the afternoon with nine strikeouts and went the full seven, allowing one run on five hits.

Carlinville had a golden opportunity to respond after Gillespie pushed across two runs in the bottom of the first against Hannah Gibson, but stranded the bases loaded.

Gibson prevented further damage until the Miners tacked on an insurance tally in the fifth and two more in the sixth. The CHS freshman, who smoked a home run and had four RBI during an 18-3 drubbing of Litchfield three days later, issued two free passes and fanned a pair while surrendering eight hits in six innings.

The Miners got two of those hits from Macie Wright, who also scored. Chloe Segarra and Delaney Taylor each batted in one run. Gipson went one-for-four with two RBI.

On Apr. 25, Gillespie only needed four frames to put away Bunker Hill, 16-1. Gipson went the distance again and was one of seven Miners to hang multiple hits on the reeling Minutemaids.

Gillespie scored 10 runs in the bottom of the second inning.

Wright, Segarra and Kaduk each pushed across three runs.

Carlinville sits at 9-2 with a 2-1 conference record.

Bunker Hill is winless in 11 games.

Staunton is another team to beat in the SCC right now.

The Bulldogs are 11-2 overall and both of their losses have come in games that could’ve easily gone the other way (15-13 loss to Carrollton Mar. 28 and a 7-6 non-conference loss to Carlinville in ten innings Apr. 4).

A May 4 conference date with Gillespie is looming on the horizon and Staunton is the only squad aside from its arch-rival that possesses a perfect record in league play. For all anyone knows, that particular contest could be the ultimate difference in deciding regular season supremacy.

Staunton scored 11 unanswered runs in the final three frames (four in the fifth, four in the sixth and three in the seventh) en route to victory and handed North Mac a fourth consecutive loss.

The Panthers fell to 6-9 overall.