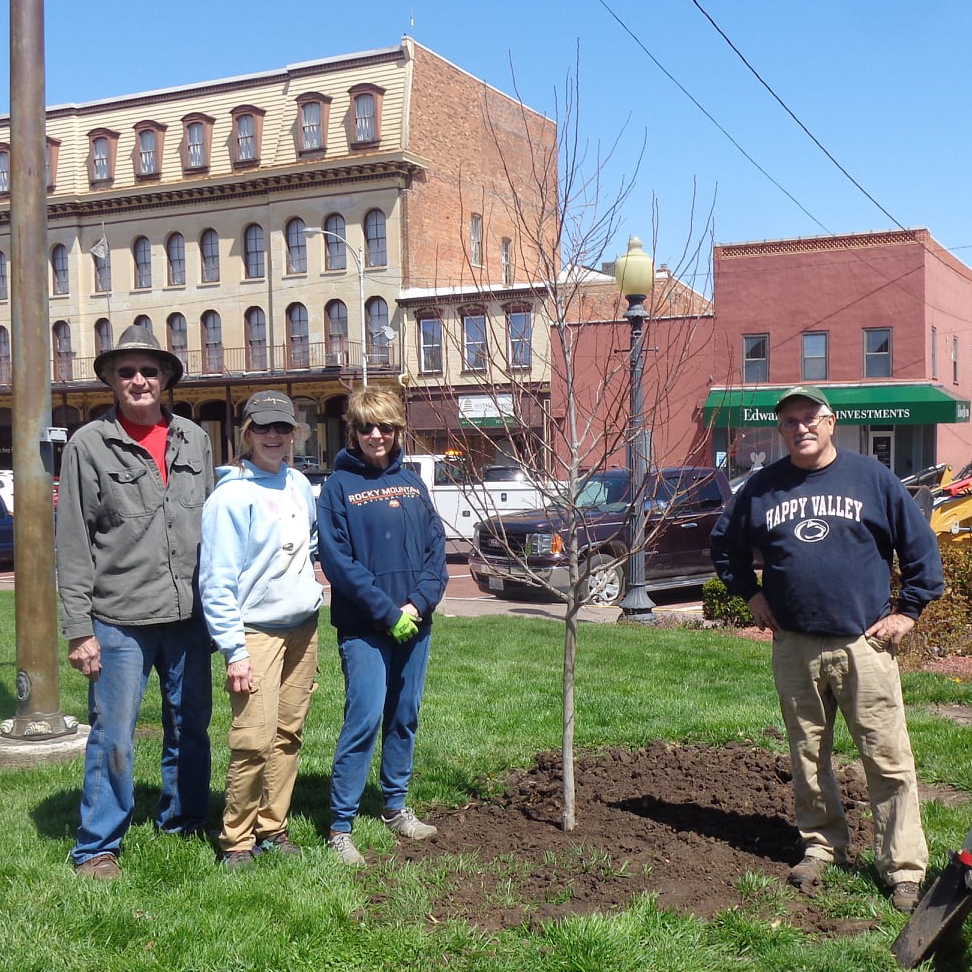 Earth Week kicked off with a proclamation by Mayor Sarah Oswald dedicating the week of April 20-24 as Earth Week in Carlinville. The proclamation, which was read by Alderman Dick McClain in Oswald’s absence, was followed by remarks and information by and about Trees Forever.

Carlinville has been a Tree City for 20 years, a fact that Tree City Board members take pride in. It is also the first Bee City in Illinois. The Earth Week events involved information and activities, not only about trees and bees, but about renewable energy, native plants, and littering.

The tree planting and Arbor Day proclamation were set to be held at the Square on April 20 at 5:30 p.m., but unfavorable weather changed the plans. Nine varieties of native trees and plants were given away after the proclamation reading for community members to plant in their yards.

On April 21, presentations were held at the Primary and Intermediate school about hummingbirds, electric cars, and native plants. Students were also taken for a nature walk, lunch, and an art activity at Loveless Park. A Tesla electric car was on display from 3 to 5 p.m. at MJM and from 6 to 7 p.m. at the Primary School.

On Friday, April 22, the Tesla stopped at the High School, where it was on display from 8 am.-1 p.m. Earth Week activities were held for high school and middle school students throughout the day.

On Saturday, Blackburn College held a Beautification Day on the Blackburn Campus from 8 a.m. to 2 p.m. and at 2 p.m. began their Spring-Fest activities. The Carlinville Library held an Open House form 10 a.m. to 12 p.m. hosting free earth week activities for all ages.