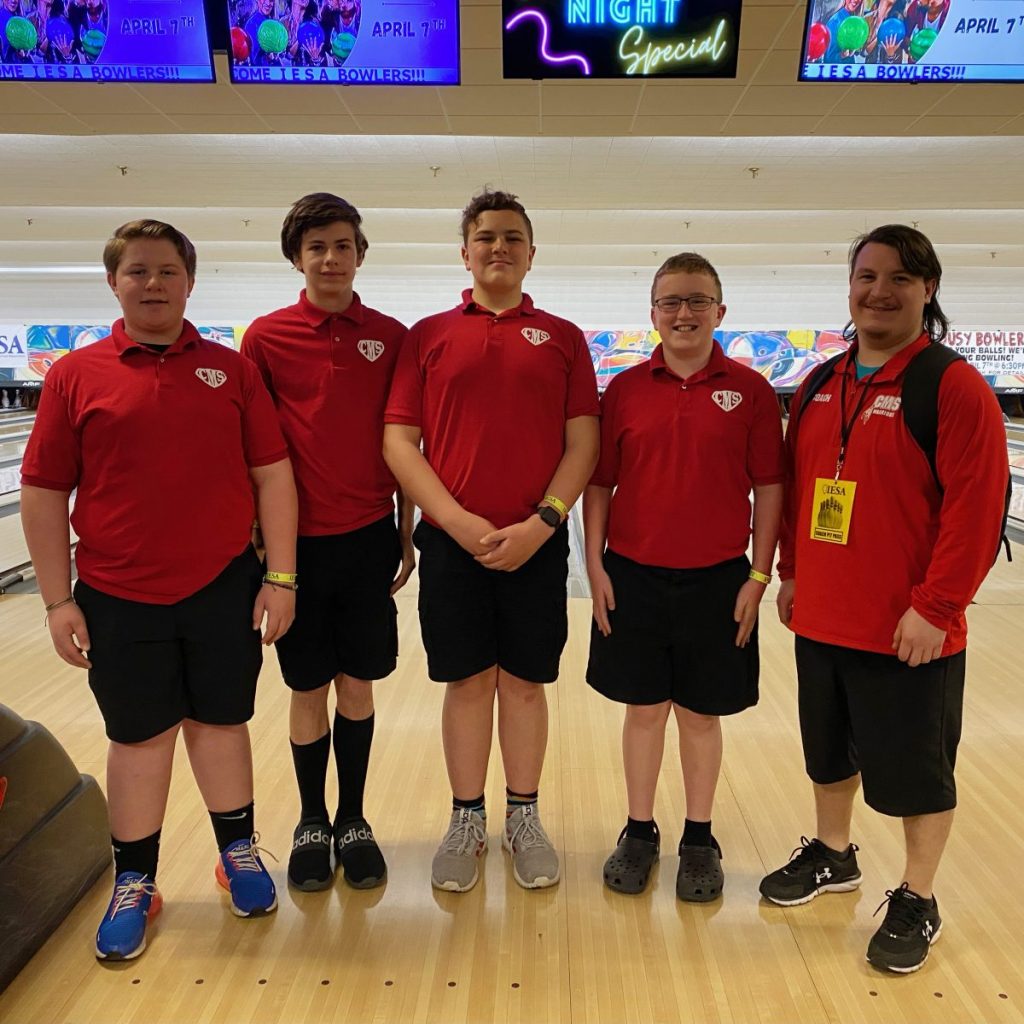 As a team, the Cavaliers fell short of a finals’ qualification. However, Michael Kaganich advanced and represented CMS in the championship round as an individual the next day.

Kaganich, a seventh grader, scored 637 points to advance and slated 1,410 in ten total matches. He placed 57th overall in the final rankings.

Houston Turley concluded his middle school career with a 583 score, including 206 in the fourth and final match Apr. 8. His classmate Daniel Eichen finished with 564. Lucas Boyett knocked down 428 pins.

The Cavaliers are coached by Bryce Rives.