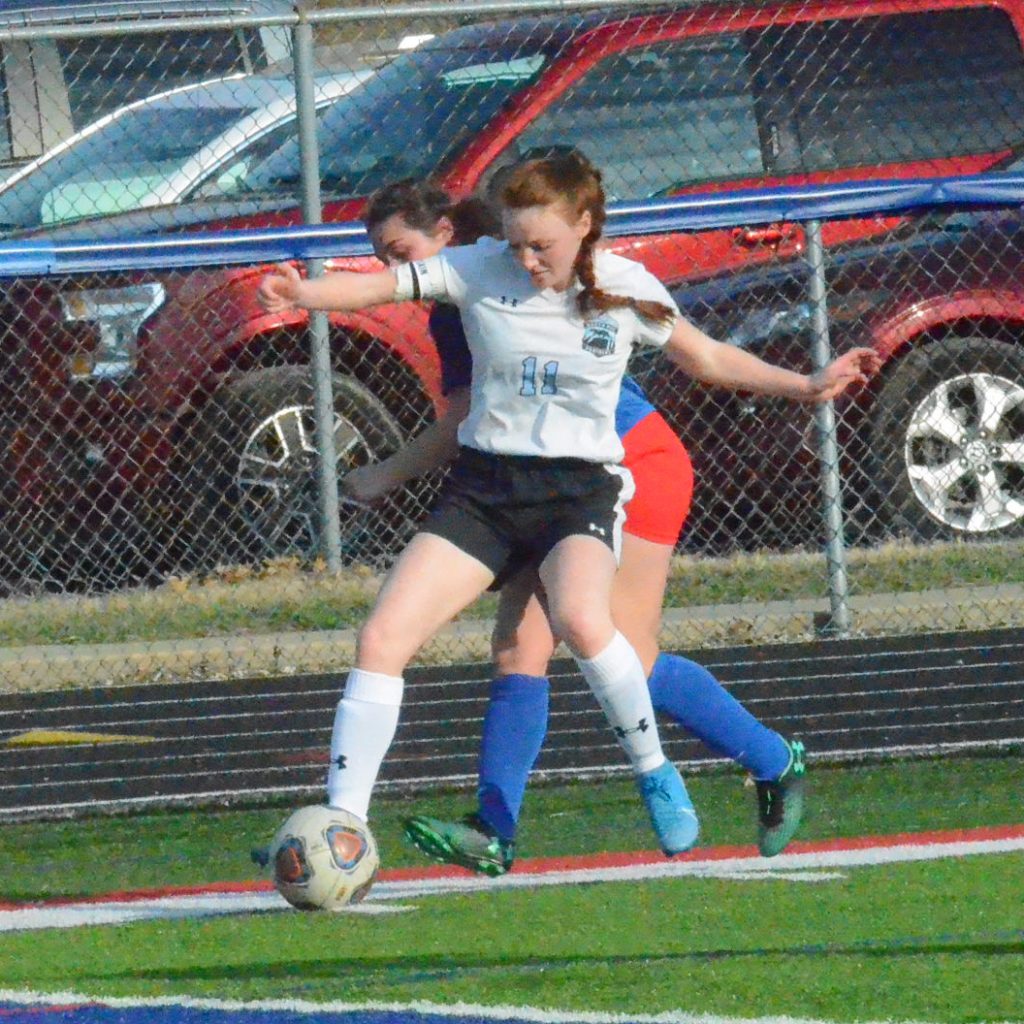 Sophia McWard, pictured dribbling the ball during a road game at Carlinville Mar. 17, scored a goal and helped lead the North Mac High School girls’ soccer team to a 2-1 win over Pana in Virden Mar. 31. Enquirer~Democrat photo by Jackson Wilson.

Both squads are undefeated in the month of April.

The Piasa Birds have won four straight, starting with a 9-1 triumph over East Alton-Wood River Mar. 28, and all three of their contests this month have resulted in shutouts.

Staunton fell to Litchfield 3-2 in a close contest Mar. 31 but has erupted for 21 goals since.

Southwestern (5-2) and Staunton (5-3-1) were scheduled to meet for their South Central Conference match this past Tuesday, April 5. Coverage will be featured in next week’s issue.

Carlinville ended a two-game skid with a 5-1 victory over Springfield Lutheran on the Carlinville High School athletic turf Apr. 4.

The Cavaliers attacked the Crusaders with 23 shots on goal and five different players found the back of the net.

Evee Whitler and Jessica Strubbe got CHS going with goals late in the first half. Out of the intermission, Marlee Whitler, Alexsis Kalaher and Jordyn Loveless piled on with Strubbe, Mia Smith and Annabelle Hulin assisting.

In the CHS net, Kristilyn Levora made six saves and kept the Crusaders off the scoreboard until the 29th minute of the second half.

North Mac gets by Pana

The win snapped a three-game losing streak and was North Mac’s second of the year.

Sophia McWard and Kate Loveless each scored a goal for North Mac, which led 1-0 at halftime.

The Panthers are 2-8 overall.