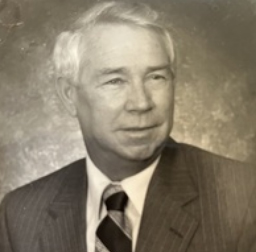 John Edward Browne of Hillsboro passed away Monday, March 28, 2022, at the Montgomery Nursing and Rehabilitation in Taylor Springs.

He retired after 26 years from Illinois Power (Ameren) in Wood River, as Operating Superintendent of Electric and Gas, beginning with Illinois Power in 1963 as an entry-level lineman, a job he loved. He began his career with Western Light and Telephone Company as Assistant Manager in Monroe City, Missouri, moving to manager of three more towns in Missouri and then soon after was on contract with Air Mod Corporation, which wired missile bases including Cape Canaveral, Florida, as part of Project Mercury, the US spaceflight program of the United States whose goal was to put a man in orbit.

He was preceded in death by his parents and sisters, Betty Shumate, and Jean Clapper.

There was no visitation. A private burial at the family cemetery in Hunnewell, Missouri, was held Saturday, April, 2, 2022.

In memory of John, donations can be made to the IOOF Cemetery Association in care of: The Greening-Eagan-Hayes Funeral Home; 401 South Center Street; P.O. Box 516; Shelbina, Missouri 63468.