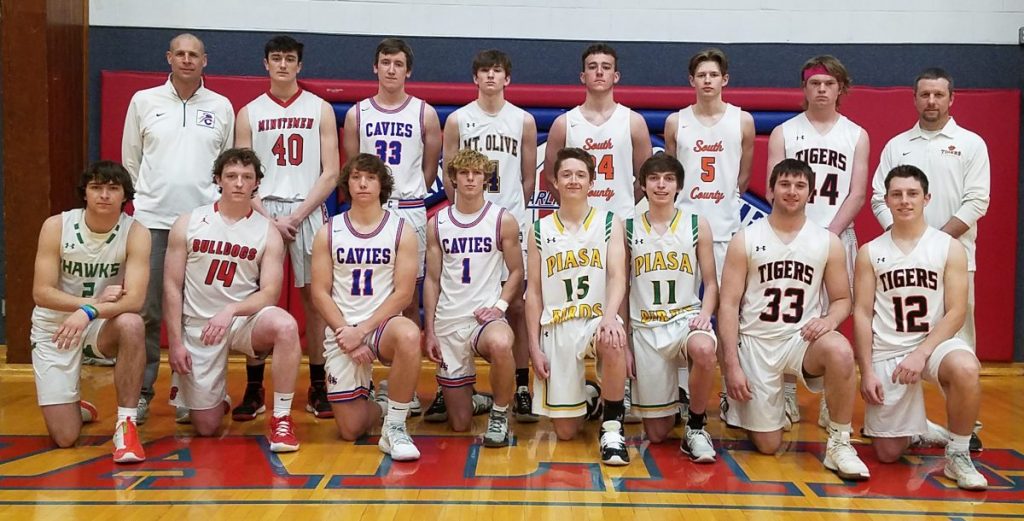 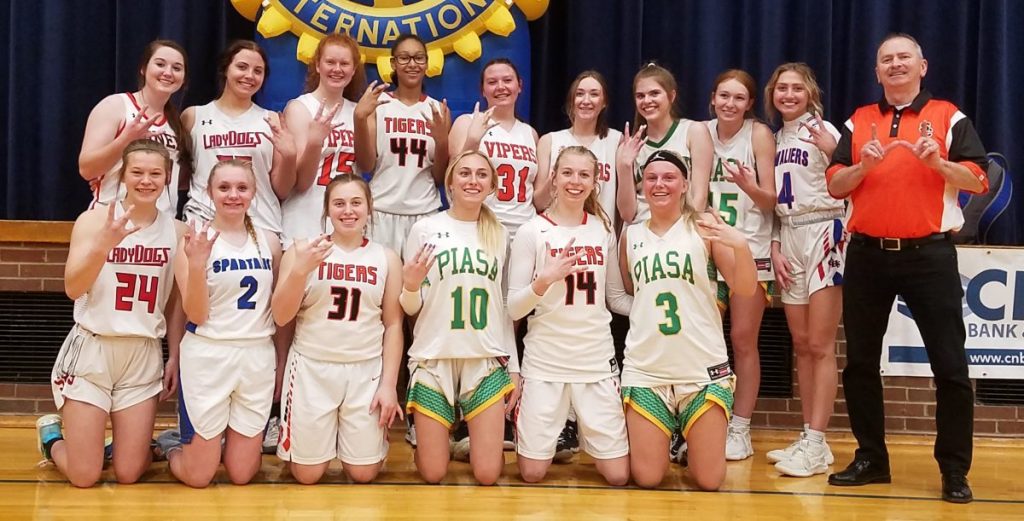 After a two-year delay, the East teams picked up right where they left off at the 18th Carlinville Rotary Club All-Star Basketball Classic and swept the West with wins in both of the boys’ and girls’ games for a second consecutive time.

East all-star Drake Vogel of Hillsboro led all scorers with 30 points, earning him the title of Most Valuable Player.

At halftime, Pana’s Kyle Kuhn wowed the crowd and scored 41 points out of a possible 50 to win the Prarie Farms Dairy Slam Dunk Contest.

Prior to tipoff, Cooper Bertolino of Nokomis won an intense three-point contest in a four-way playoff, making eight of 10 shots from the corner. He made nine in the regular round along with Markezich, Pembrook and Auburn’s Brock Burwitz.

Adam Metzger of Pana was recognized as the Boys’ Coach of the Year. Metzger was unable to attend so his players accepted the plaque on his behalf. Metzger’s Panthers went 29-4 while winning a regional championship along the way.

The East all-star girls defeated the West 69-61 in a much tighter affair.

Marley Smith of Auburn scored 23 points for the East and won the MVP award.

Greenfield’s Alexis Pohlman put 13 on the board for the West.

Brent McKinney, the East coach who had enough senior representatives from his Pana squad to fill an entire lineup, was recognized as the

Girls’ Coach of the Year. McKinney led the Panthers to a third place finish at the Illinois High School Association Class 2A state tournament and a 36-2 record overall.

The West was coached by Larry Griffith, who led South County to 27 wins in 32 games this season.

The East girls have now won four all-star games in a row and lead the all-time series 12-5.