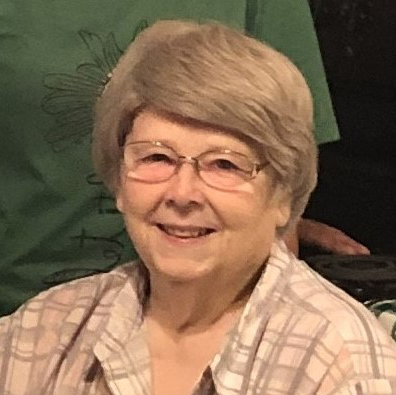 Wilma Marie (Gracey) Davis departed this world and went to be with her Lord and Savior on Wednesday, March 16, 2022, at 8:42 a.m., following a month-long battle with pneumonia.

Wilma, the daughter of Evert and Hazel Gracey of Chesterfield, was born on Nov. 18, 1937, and grew up near Chesterfield.

Soon after graduation from Carlinville High School in 1955, and eager to make her way in the world, Wilma went to work as a teller at Chesterfield State Bank. She worked there, in one capacity or another, for 50 years, finally retiring at the age of 70.

Jim and Wilma purchased Cedar View Farm in Greenfield in August of 1974.

Wilma was an avid (and prize-winning) photographer. Her camera was never far from her side. She leaves behind albums of photographs telling the stories of her 84 years. Another of her favorite pastimes was her days singing in the Greenfield Community Choir and as the soprano member of the quartet at Faith Bible Church.

Wilma was happiest in the moments spent with her family and friends. Most Sundays found her in her element – cooking a delicious meal for those lucky enough to be gathered around the table.

Visitation was held on Sunday, March 20 at the Shields-Bishop Funeral Home in Greenfield.

Funeral services were held at the funeral home on Monday, March 21.

Burial followed at the Keller Cemetery.

Memorials are suggested to Mercy Ships and Operation Smile.

Leave a memory or condolence at shields-bishopfh.com