Stage Crew members joined the cast in singing during the Finale. Enquirer~Democrat photo by Erin Sanson.

Carlinville High School invited the community to be their guest as they put on a tale as old as time, Beauty and the Beast. Taking on a beloved classic was no doubt a daunting task which required a lot of hard work, though the Carlinville production made it seem effortless on Friday and Saturday night.

The cast was in fine, if not necessarily true, form for (most of) the production. Senior Jacob Petrovich played the titular Beast with Amelia Cosenza filling the Beauty title role as Belle. Michael Schmidt played Gaston with Patrick Dunn playing as his sidekick Lefou. Gabriel Henson played Maurice, Belle’s inventor father. Aaron Wills played Monsieur D’Arque, who schemes with Gaston to get Maurice locked away unless Belle marries Gaston. The trio of girls pining after Gaston were played by Megan Dunn, Claire Behme, and Emily Barbre.

Colin Kreipe played Lumiere with Eli Ratcliff as Cogsworth and Lauren Summers as Mrs. Potts. The three seniors brought their enchanted, inanimate characters to life with their energy and banter.

The castle characters and ensemble sang an energetic rendition of “Be Our Guest” much to the audiences delight. Summers stunned in the second act with her solo of the title song, Beauty and the Beast.

Schmidt, Dunn and the ensemble cast, as townspeople, gave a lively performance of “Gaston” which also seemed to be a crowd-pleaser. 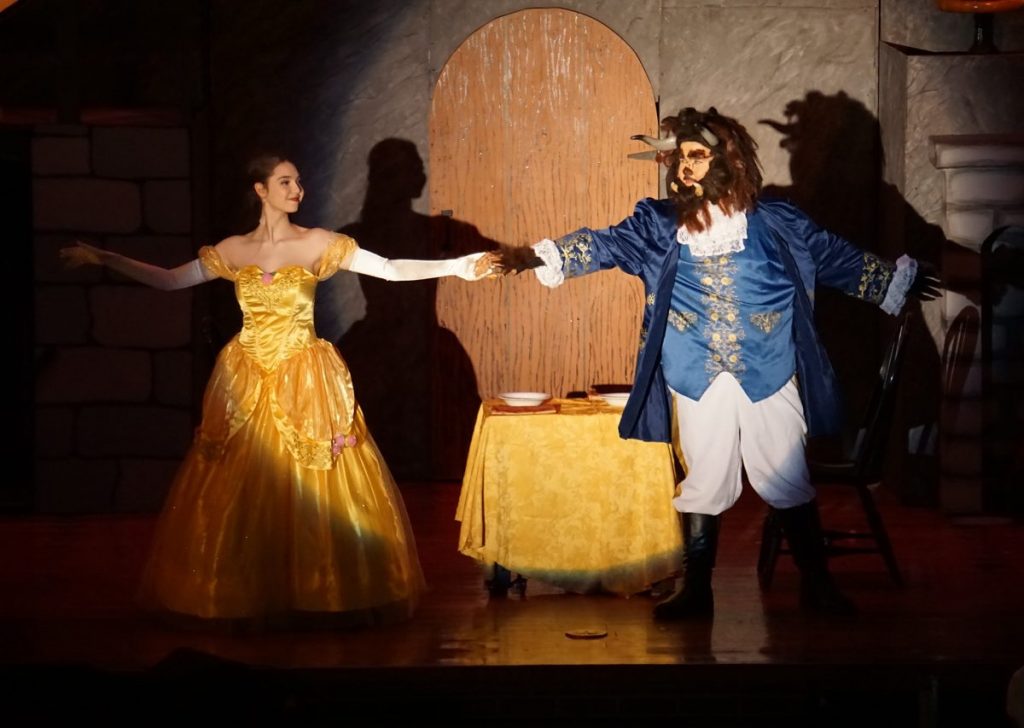 Amelia Cozensa (Belle) and Jacob Petrovich (Beast) dancing to the song ‘Beauty and the Beast’. Enquirer~Democrat photo by Erin Sanson.

Petrovich, as the Beast sang in a lower register to keep the growling tone the Beast speaks in. His performance, both as the Beast and the transformed Prince, was met by applause after each song and cheers from the crowd at the end of the show.

Cosenza had the most songs to learn for her role, being featured or soloing in seven songs. She also wowed the crowd, hitting high notes and holding notes for extended lengths of time.

As always, the ensemble put forth an amazing effort, learning multiple songs, dances, and at times taking on the role of the stage crew to move set pieces between scenes.

The orchestra learned every song and learned them well, keeping the music in the musical.

The show was directed by Michael Morrison, this was his second show as the sole Director. The director’s chair was previously filled and then shared with Lori Reiher, who has taken a step back from the productions in recent years. Reiher could not leave the stage completely behind and acted as the Assistant Stage Manager in this years production. Dayse Velasquez was in charge as the Stage Manager, keeping stage left in line.

The show was choreographed by Jessica Ryan, whose grandmother, Ann Reichmann, began the musical program at CHS in 1980.

Ryan Pirok directed the orchestra, which included his own high school band students as well as some community members.

Dustin White pitched in as the vocal director and accompanist. Katherine Starr, a CHS musical alum, was brought on as an assistant vocal director.

CHS art teacher Dawn Peterson and her art students worked to design and decorate the set. Set construction was completed by a team led by Von Leefers. 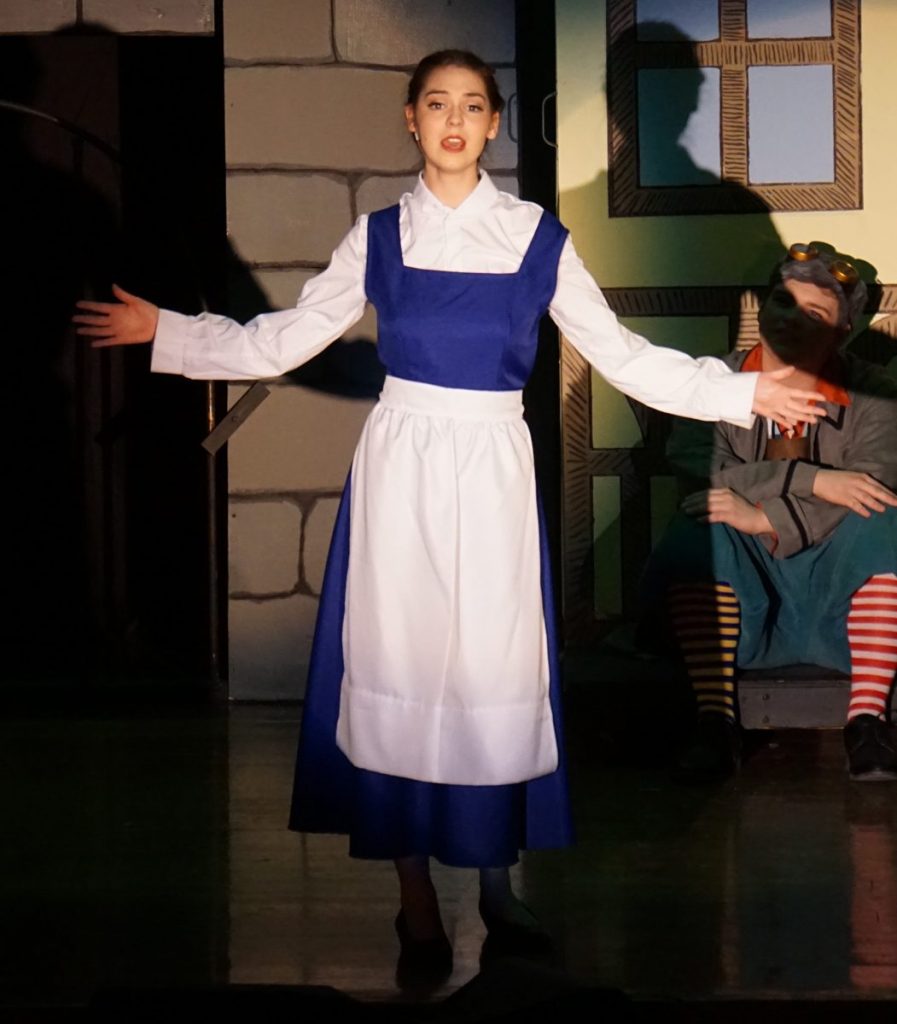 Amelia Cosenza as Belle singing one of her solos, A Change in Me, as Gabriel Henson, as Maurice, looks on. Enquirer~Democrat photo by Erin Sanson.

This was the first show since Freaky Friday in 2019 that went on as regularly scheduled. The show for 2020, The Addams Family, was cancelled just before opening night due to the Covid-19 pandemic. The Addams Family was finally allowed to open in June of 2021 after the year long hiatus.

This year’s high school musical was performed in the Carlinville High School gym on Friday, March 18 and Saturday, March 19. Both shows started at 7 p.m. and had a two hour run time.