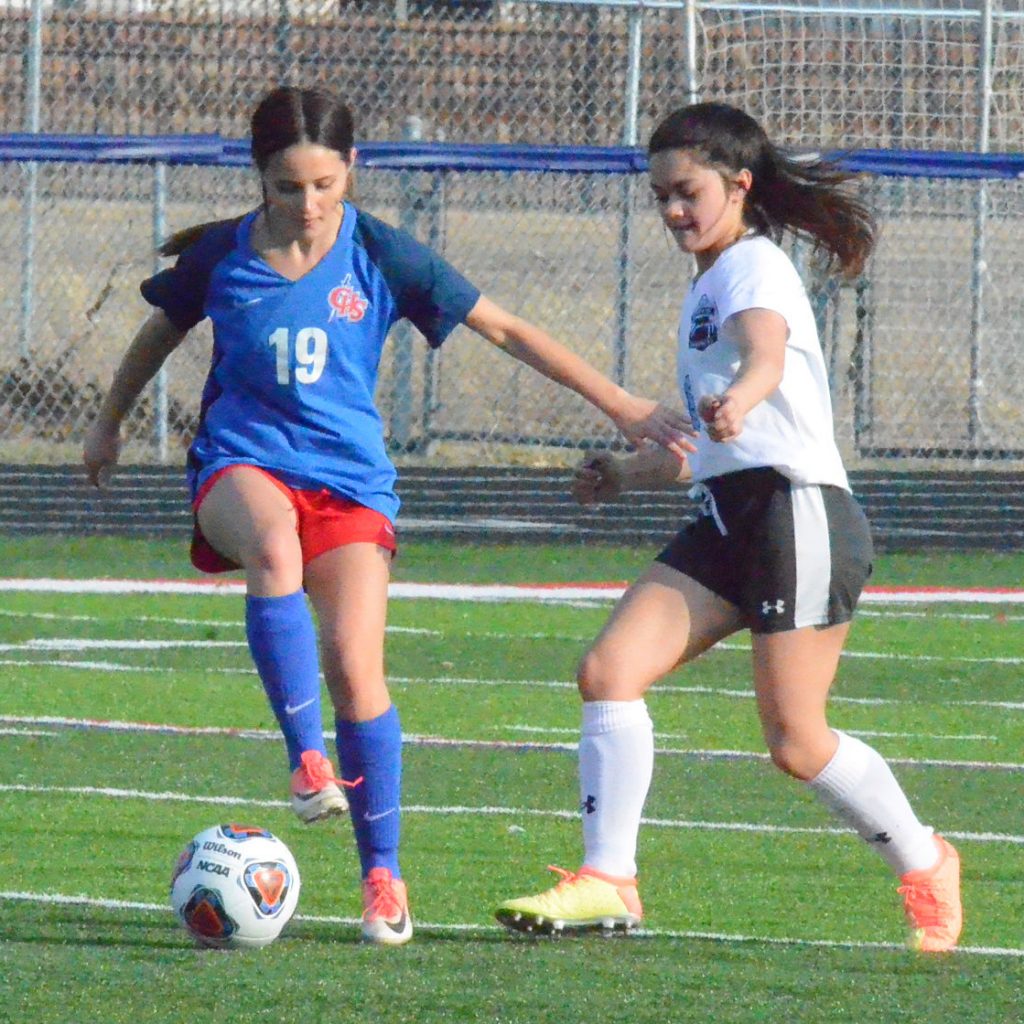 Annabelle Hulin, pictured dribbling the ball away from North Mac’s Abigail Marshall during the opening match of the Carlinville High School girls’ soccer season Mar. 17, scored a pair of goals and led the Cavaliers to a 3-2 victory at home. Hulin also found the back of the net Mar. 21 at Jerseyville. That game ended in a 3-3 tie. Enquirer~Democrat photo by Jackson Wilson.

Marlee Whitler and Annabelle Hulin scored goals that were roughly 30 seconds apart from each other at the start of the second half to give the Carlinville High School girls’ soccer team a one-point lead and, ultimately, a win in the season opener at CHS Mar. 17.

Carlinville started the first half in similar fashion when Hulin broke the ice just under a minute-and-a-half into the game.

North Mac responded on an equalizing shot from Camaryn Fetter in the sixth minute and pulled ahead on an unassisted goal scored by Taylor Hipsher on a breakaway in the 19th minute.

In the next game, Carlinville, 1-0-1, rallied from a 3-1 deficit to tie Jerseyville Mar. 21. Jordyn Loveless brought the Cavies within one midway through the second half and Whitler found the back of the net to even the score with just under four-and-a-half minutes remaining in the game. Sophomore goaltender Alexsis Kalaher made a total of 14 saves for CHS and kept Jerseyville off the scoreboard for the final 50 minutes.

North Mac is 1-3 overall. The Panthers snapped a three-game losing streak with a 7-0 win at Taylorville Mar. 21. Sophia McWard led the charge with four goals. Hipsher, Sophia Hawkins and Kiera Conway also found the back of the net. 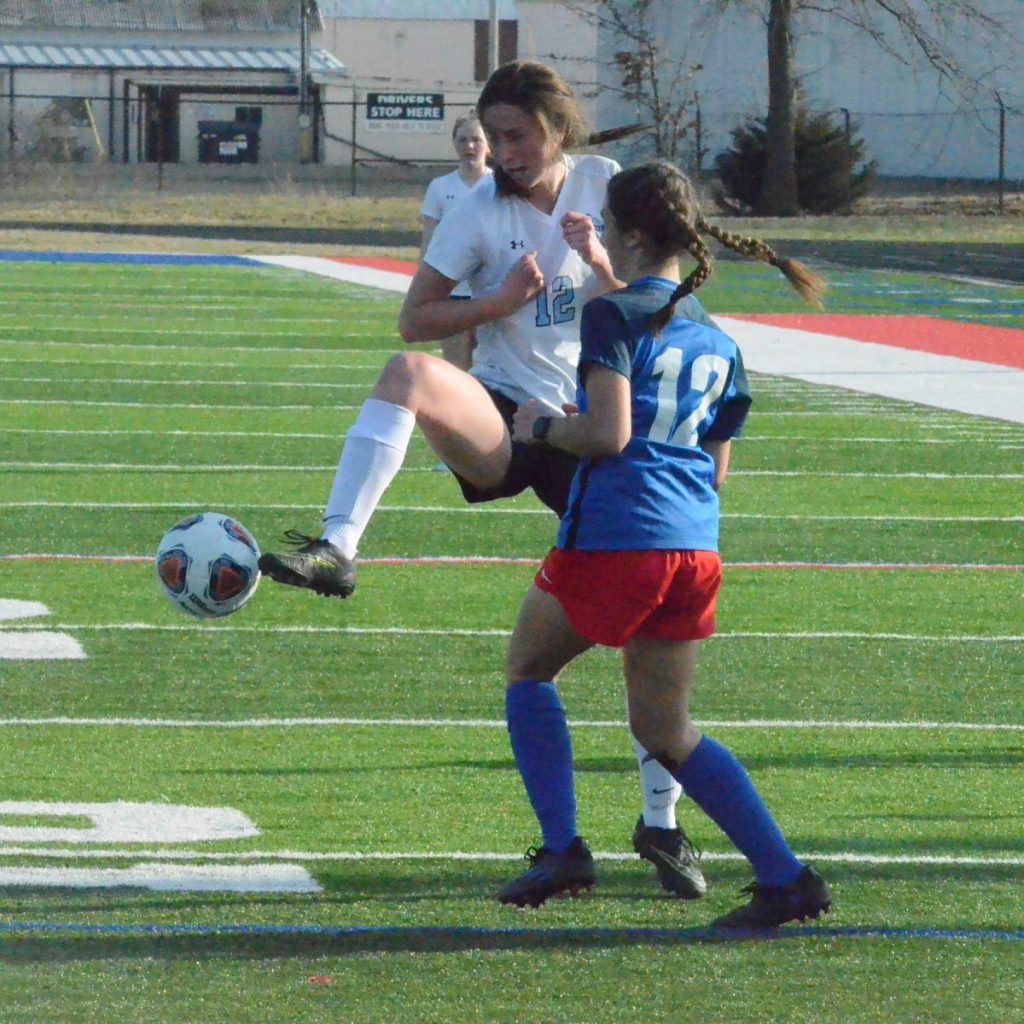 North Mac’s Taylor Hipsher, pictured making an angle kick at Carlinville Mar. 17, put a shot in the back of the net to give the Panthers a 2-1 halftime lead over the Cavaliers. Hipsher scored another goal in North Mac’s 7-0 win at Taylorville Mar. 21. Enquirer~Democrat photo by Jackson Wilson.

The Piasa Birds of Southwestern were flying high in their season opener against North Mac Mar. 15.
Ali Wilson scored a hat trick, goalkeeper Kayla LeMarr posted a shutout and Southwestern cruised to a 6-0 victory.

Mac Day and Grace Greenwell each added a goal apiece for the Birds, who got their sixth tally when the Panthers put the ball in their own net.

The Route 66 Kickoff Classic is back!

The Carlinville and North Mac high schools will be co-hosting games on their new athletic turf fields.
On Thurs., Mar. 25, the tournament kicks off when Carlinville plays Lincoln at 4:30 p.m. at CHS. Gillespie takes on Pleasant Plains at 6:30 p.m. In Virden, North Mac battles Greenville at 4:30 p.m. Staunton and Auburn will follow at 6:30 p.m.

Consolation matches begin at 4:30 p.m. at both venues Fri., Mar. 26. The first round winners advance to the semifinals, which will start at 6:30 p.m.

The tournament concludes Sat., Mar. 27, with the seventh place match at 9 a.m., consolation final at 11 p.m., the third place showdown at 1 p.m. and the championship at 3 p.m., all in Carlinville.