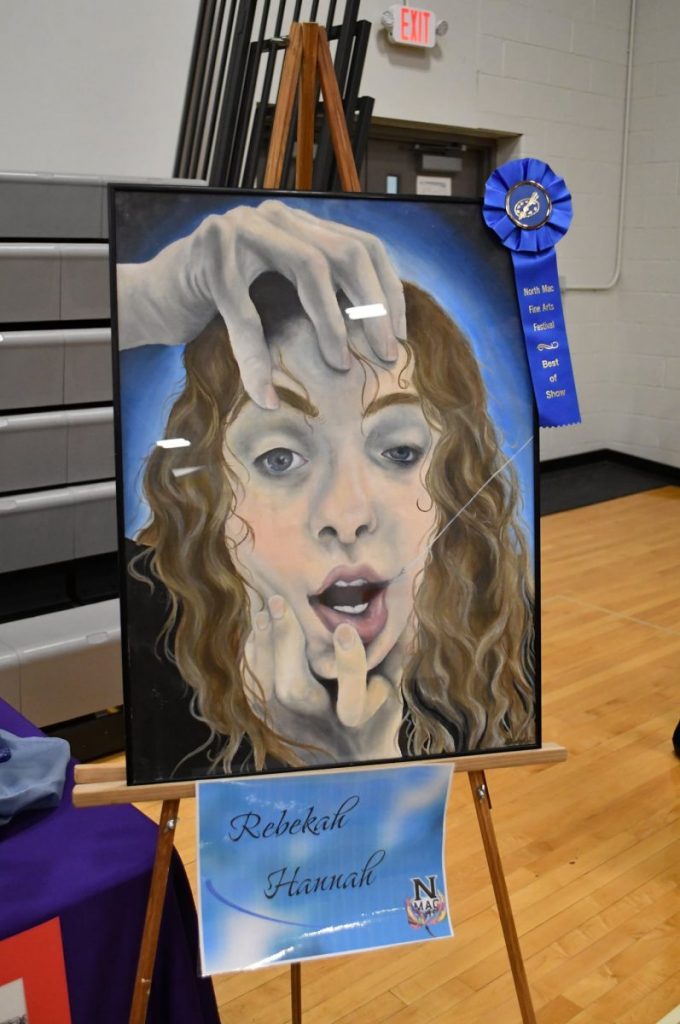 North Mac High School held a fine arts show for their students on the evening of Wed. Mar. 9.

Students showed off their pieces in a variety of mediums including chalk, clay, pen and ink, graphite and paint. Sculptures and pottery were on display as well including several dinner plates and food made from clay and a variety of vases and teapots that were fired in a kiln and glazed.

Art works were not the only talents on show that night, as several performances took place throughout the night as well. Multiple vocal and instrumental solos were performed, as well as several skits, and the evening’s performances finished with a preview of the North Mac High School Drama Club’s show The Ransom of Miss Elverna Dower, which was performed on Mar. 11, 12, and 13.

Students from all high school grade levels were involved. Ribbons were handed out for pieces in each category. The piece which was awarded the Best of Show ribbon was a portrait by Rebekah Hannah.