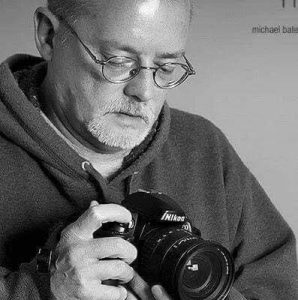 He was raised in Carlinville, and graduated from Carlinville High School.

He then went on to further his education at Lincoln Land Community College and later on at University of Illinois at Springfield.

In his younger years, he was a member of the band Inner Sanctum and played at various venues across the United States.

He spent some time as an Air National Guard Reserve. Through the years, he had a career as a claims adjuster with various companies across two states.  He lived in Springfield until 1990, when he moved to Austin , where he spent his remaining years.

Michael had a great love of photography. He enjoyed taking pictures of stunning places and beautiful people.  He also enjoyed sharing this talent with others and would spend time teaching them his skills. He was a kind man with a good heart. He loved animals of all kinds and leaves his dog, Mr. Ed and cat, Smidget.

He is survived by his three children, his daughters, Heather Bates of Auckland, New Zealand, Christa French of Round Rock, TX; his son, Eric Bates of Austin, TX; one grandchild; several siblings, nieces, nephews, cousins and many friends.
He was preceded in his death by his parents; his sister, Linda, and nephew, Cris.

In keeping with his private nature, a memorial will be held at a future date for immediate family only.

Those wishing to honor his life can make a donation in his name to the American Stroke Association at stroke.org or with the Heart Foundation at heart.org.