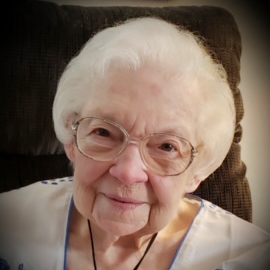 She was born on April 27, 1927 on the family farm in rural Mt. Olive. A daughter of Emil and Leona Hein Monke.

Becker and Son Funeral Home is in charge of arrangements. beckerandson.com