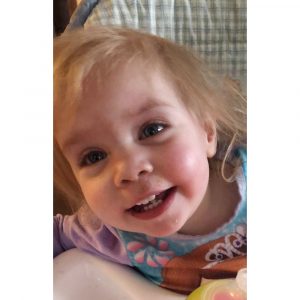 Allan Castleberry Jr., 29, of Roodhouse was found not guilty in a jury trial over the death of 23-month-old Gracie Nance.

Castleberry was arrested in July of 2020 for Nance’s Feb. 2020 death and charged with first degree murder. The charge at the time indicated that Castleberry struck Nance’s head against a wall, knowing such an act created a strong probability of death. Murder in the first degree is a class M felony and if found guilty, can result in a 20 to 60 year sentence.

Castleberry demanded a trial by jury and pled not guilty to the charge laid against him. Court proceedings began in July of 2020. The final pre-trial was heard by Judge Meyer on Feb. 8, 2022 at the Macoupin County Courthouse.

The jury trial, also at the Macoupin County Courthouse, began on Feb. 22 and was scheduled to last until Mar. 1. The jury heard evidence from both the State’s Attorney’s office and Castleberry’s defense council for four days. Closing statements were delivered on Feb. 28. The jury deliberated for 30 minutes before returning with their verdict at 2:30 p.m. The jury found Castleberry not guilty for the murder of Gracie Nance.

At the time of Nance’s death Castleberry was the live-in boyfriend of her mother Courtney Rice, now Grider.

On the morning of Feb. 3 of 2020 a 911 call was made by Rice. According to a state’s attorneys press release at the time, the call indicated the child was not breathing. She was transported by the Gillespie-Benld Area Ambulance to Carlinville Area Hospital and then transferred to Cardinal Glennon Children’s Hospital by Arch Medical Helicopter. Nance passed away on Feb. 5, 2020 at 6:14 a.m.